Academic interest towards UnReal World - in Finnish and in French

Every now and then the many unique elements of UnReal World do arise academic interest.

Folklore, mythology, historical ambition, recreation of traditions, long history or the mere depth of it all.

Now we're highlighting a fresh book in Finnish and shortly upcoming conference in Paris for you to have a closer look at will. Both can be witnessed also online.

Back in 2019 mr. Kyyrö, PhD from University of Turku School of History, Culture and Arts Studies first interviewed me, and then Erkka separately, for his studies and projects regarding computer games and religion.
There's a forum post (with a picture) about it here. 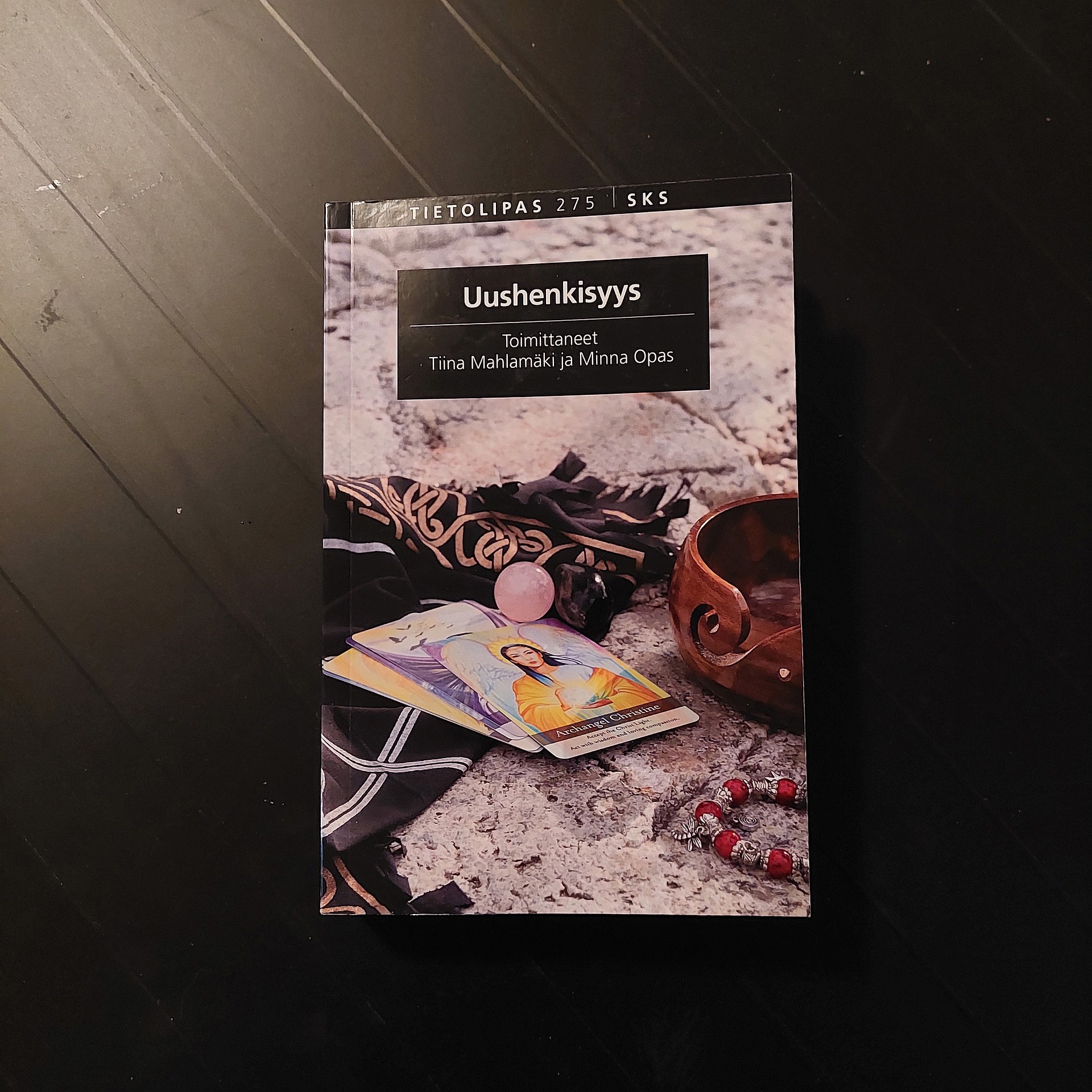 In his research mr. Kyyrö analyzes both the game and the interviews of me and Erkka. The chapter is titled "Dare to hear your voice, dare to follow your spirit" - which is a line you may have spotted from the game end screen. For me, quoting this very line means a lot. I don't exactly remember if it appeared into the game 20, or even 25 years ago - but it's been there for a long time and the underlying attitude behind it still stands strong even though it was first made up by a far less experienced coder and a human being.
The book is freely available online, in Finnish. So take a look, you Finnish speaking players. 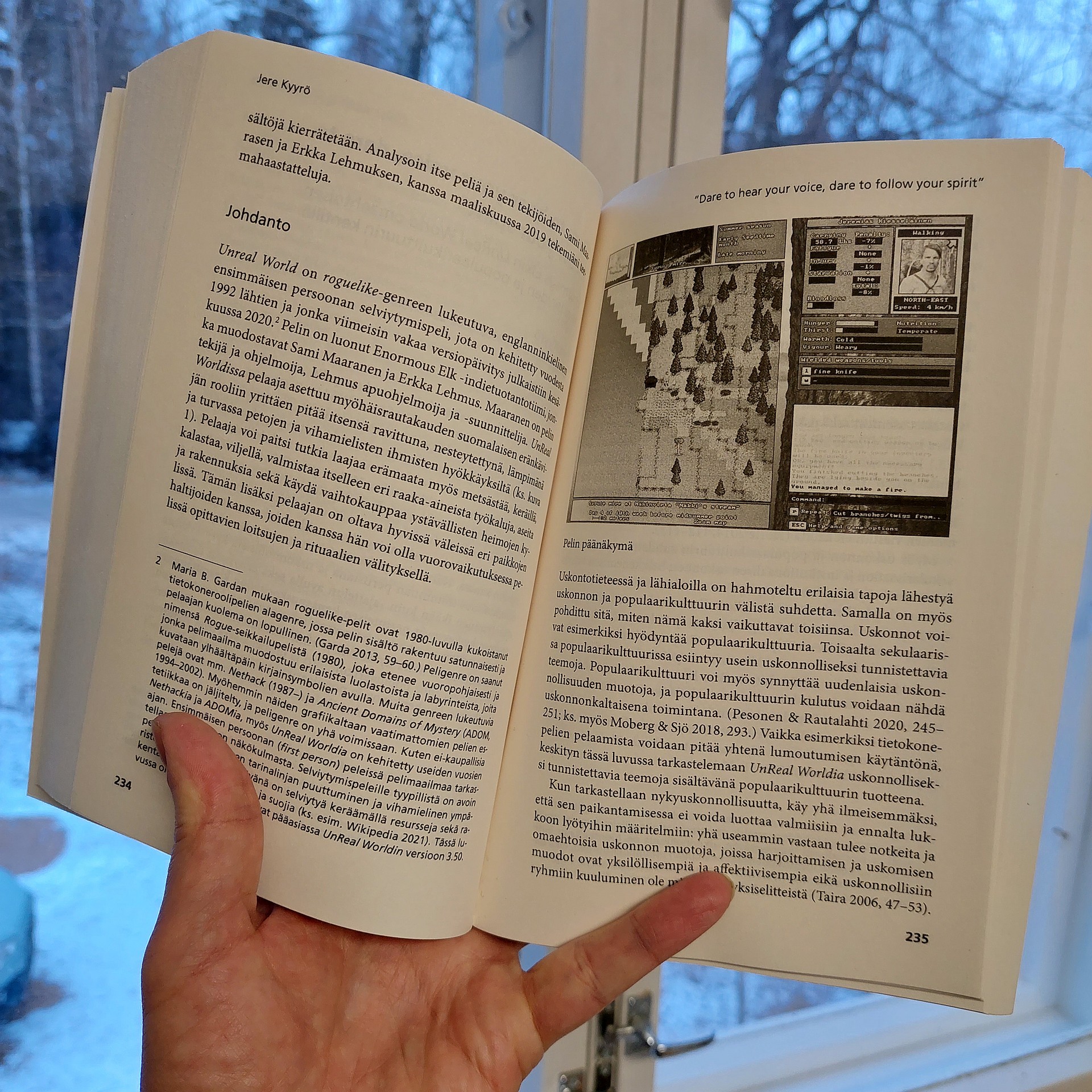 Earlier this month I had a pleasure of receiving contact and talking online with monsieur Efrati, a doctorate student at EHESS (School of Advanced Studies in the Social Sciences) in France, where he works on the representations of Prehistory in video games. We had a great and interesting talks which may lead into further research or co-operation, but he already gathered some UnReal Worldish background material to be utilized at the following event.

Tomorrow,  28th of November,  he's organizing a conference at the French national library dedicated to a 1986 survival/proto-open-world game called Sapiens. The subject may be interesting to many of you on its own, but now also the UnReal World is going to be mentioned in the context as well. To what extent, I don't really know, so you have to witness it by yourself. Luckily the conference can be watched online too: Monday, 28th of Nov., 18:00 - 20:00 CET.

Unfortunately, it will be in French only but our french speaking player base is not a small at all - so go check it out.
Here's the conference web page, and at the bottom you'll find  a link to watch it live (and afterwards) on YouTube.