Hey, we have a new release out!

....and it's the first update launched here at our very fresh Itch.io realm.
Those of you who already have got the game here can happily update into version 3.63 now.

This version 3.63 is kind of a summery release in itself. There's features and fixes on all fronts, but some is specifically related to the lush of the summer. You can find the full changelog and  update instruction down below but first, here's a moody image of certain real world item which you can now find in UnReal World too.

...as I'll go now gently beat myself with this one, you can enjoy the new release -- and do the same in there at will. 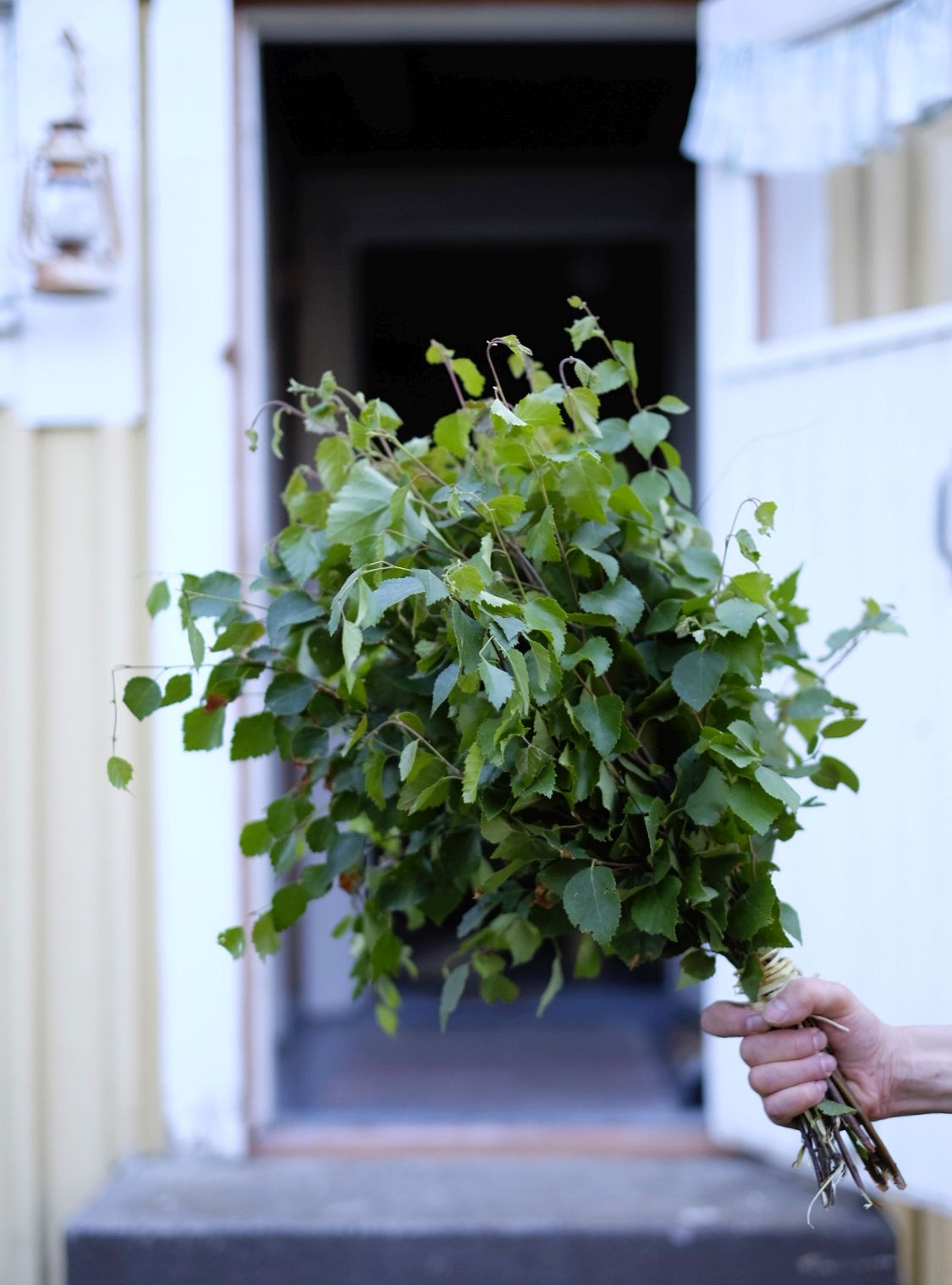 To update from previous version first download the fresh version 3.63 and then...

Windows
1. Uninstall the previous version. It keeps the savegames, but you may want to backup your character folders just in case.
2. Install the new version.
...or just unzip the installer executable (yes, you can) to replace earlier files in your installation folder.

- added: separate key command for commanding your pets and companions [!]

Talking to someone and commanding your pets and companions are now separate commands. Commanding is now done with with [!] key, and the good old [C] key is used only to talk to someone in normal fashion. The game notifies you about the new [!] key command when talking to companions in normal way, or when talking to someone when there are pets out of sight. These little messages hopefully make it easier to get the new command policy memorized. Also, if you mistakenly try to [C]hat with pets the list of commands is still displayed. If there are no pets or companions around at all trying to command them [!] just displays an informative message and doesn't proceed into fruitless target selection. Also, if there are no companions in sight the menu for shouting commands doesn't anymore contain needless "Choose a target in sight" option.

- improved: fire mechanics
Various features have been added to make fire burning, its' warming effect, obtained information and visual appearance more detailed.
* Burnt-out fire graphics is related to the amount of fire burned at the site. Small fires leave small remains, large fires leave large remains. * Remains of fire accumulates over time so sequential fires burned at the site will increase the remains. The remains will still eventually disappear with few days pause in fire burning. * embers graphics has been added and remains of burnt-out fires will be now appear glowing red for awhile. For how long the embers will be glowing depends on the amount of fire burned.

* when looking at burnt-out fire it's now also told if there are glowing or still warm embers. This information gives an idea eg. about how recent a campfire found in the wild might be.
* glowing embers from nearby burnt-out fires helps you to start new ones. This is automatically checked if you start making a fire with glowing remains at adjacent tile.

In the previous versions smoking succeeded if the room was heated once, and the process required no further maintenance. Now the heating must be maintained through the whole process. It's not critical to maintain an exact temperature but the fireplace in your smoking cabin should be warmed up properly on daily basis. Should you forget it one day it's still possible to compensate by heating it up even more the next day. If the heating is completely neglected you will find your smoked foodstuff all spoiled. If the heating has failed only to some extent you may find some of the smoked foods spoiled.

- added: gradual heating up and cooling down of fireplaces and sauna stoves

When warming up a fireplace or sauna stove it now takes some time before the stones get properly heated up and start releasing warmth into the room - and this process is gradual. As a rule of thumb you should keep fire burning at least 3 or 4 hours to get fireplaces and sauna stoves properly heated up. The cooling down is gradual as well and fireplaces and sauna stoves will retain warmth hours and hours after the fire has burnt out. The warmer the fireplace or sauna stove has been the slower it will also cool down. With these changes in action you can't expect to have a nicely warm room at an instant you light up a fireplace. Or you can't have a sauna bath right after lighting up a sauna stove. However, the fireplaces are designed so that they release some heat when the fire is burning. This allows you to still effectively warm up by the fireplace while it is still only getting heated up. Also, now you might notice having to warm up the fireplaces longer and more carefully than in earlier versions to have your cottage nicely warm during the coldest winter days. With gradual cooling down of fireplaces the winter morning temperatures inside your cottage may sometimes apppear surprisingly low compared to the earlier. This is because in earlier versions fireplaces retained constant and exceedingly high temperature for very long-time after the fire had burned out.

It's a bit darker and has smaller mouth now. This is to better distinguish sauna stove from a common fireplace.

Sauna stoves can be now built by the player character. You’ll find the option from [M]ake menu -> [B]uilding -> [W]ooden building.

Before it was necessary to use sauna scoop to throw water on the sauna stove. Now it's done simply by [a]pplying a water container beside the sauna stove. An option for throwing water from the container appears when the condition is met. Messages about the results are also updated and now it is told if you get mild or proper steam - depending on how hot the sauna stove is. There’s also a sound effects added so you can hear how the sauna stove really hisses. With these additions sauna scoop now becomes a deprecated item. It continues to exist in object galore, but with no real use. Upon using sauna scoop you only get a message to use new mechanics instead.

- added: leaf trees now grow and lose their leaves gradually according to the season

You can see leaf trees gradually getting more lush in green in the spring, and again losing the leaf cover in the late autumn.

- added: vasta – a kind of broom to beat and treat oneself with during sauna bath

Vasta is a kind of broom made out of leafy birch twigs and used during sauna bath to gently beat oneself in order to get the muscles relaxed, body massaged and skin cleansed. Vasta can be made by yourself from [M]ake menu under [U]tility articles. Making of vasta requires bunch of leafy birch twigs which can be collected from birch trees using your TIMBERCRAFT skill. To use vasta [a]pply it while taking a sauna bath. There’s also sound effect added so you can hear what the beating with vasta really sounds like. Using vasta improves the healing effects of sauna bath. There’s also game encyclopedia [F1] entry about vasta available.

When collecting branches from birch trees (by using your TIMBERCRAFT skill) you now get leafy birch twigs if the season is right. If not, mere branches are collected. There are appropriate messages to indicate if the leaves aren't big enough just yet, or already gone old. This addition is foremostly added for making vasta which requires leafy birch twigs to be used.

- added: shout commands activated when pets are too far to respond to talked commands

When commanding your pet that is too far away you are now automatically given options for the possible shouted commands. Foremostly this makes "Come" always an available command for dogs.

- added: wandering Njerpez can be met in small groups too

Njerpez warriors don't wander all alone anymore but can be met in small groups, or pairs as well. If a conflict will arise from these encounters you have to be extra careful now. A group of wandering Njerpez can also have multiple dogs with them.

- adjusted: wandering Njerpez commonness based on the region

Wandering Njerpez are most commonly met in the east and south-east. That's an old rule which hasn't changed, but in the previous versions the borderline of their existence and non-existence was strict and rigid. Now the wandering Njerpez commonness is more gradual, decreasing the further into the west and north you go. Now it's been also verified that Njerpez raiders don't ever try to reach regions of western and northern cultures, so that's where to settle if you want to avoid raiders completely.

- added: pause for spacebar when player character falls through ice

- added: non-weapons can be thrown even when both hands are wielding something

This makes it easier to bait a trap, feed a dog, toss firewood into the fire and so on as you don't have to unwield anything to be able to throw such things.

- added: reindeers can be milked

It's now possible to milk reindeer does. The period when the milking is possible is the same as with cows, but the yield is little lesser.

This info is displayed at top of the screen saying eg. "You are 16 winters old, and have lived 7 days of adventuring life."

It's been considered useless for a long-time, and it's no longer in use at all.

- fixed: throwing water on the sauna stove not increasing the temperature

This had gotten broken somewhere along the way when adjusting temperature checks. Now it’s fixed and you will again notice the character getting warmer upon throwing water on the sauna stove.

- fixed: no message or results of arrow breakage when it happened upon hitting a creature

Now if an arrow breaks upon hitting a creature the breakage message is displayed and broken arrow will remain at the location.

- fixed: companions that were commanded to stay put did still engage into fights

- fixed: character not falling into the water if thin ice at the location is broken by dropped items

- fixed: when dropping items selecting the only item in filtered inventory category drops it immediately ignoring the other selections