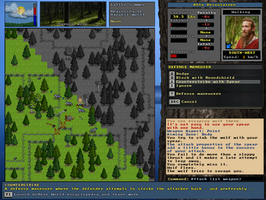 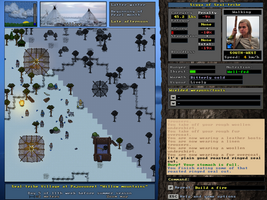 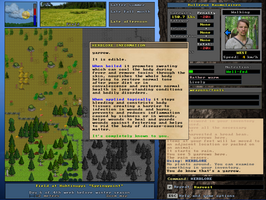 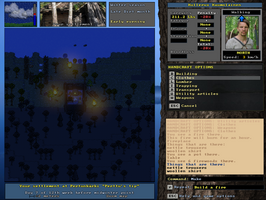 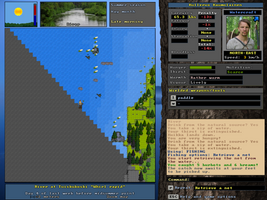 Into the Far North we shall take you -- now from itch.io !

The time has come for us to enter the realm of itch.io and let you all lose yourselves  in the most intricate, detailed and enchanting iron-age game world as UnReal World is now available on itch.io.

UnReal World is a cult classic open-ended wilderness survival roguelike taking place in the ancient North long, long ago. It's the longest living roguelike of all times, first released in 1992, and continuosly being developed ever since. The latest release, from where our itch.io journey starts, is version 3.62 released in march 2020.  So updates are something you can expect.

Throughout the years, UnReal World has been praised for its incredible depth, realism, atmosphere and immersion.  The game world is rich with historical atmosphere in which northern folklore, knowledge and way of life play an important part.  And well, it's no secret that the game world is actually based on the ancient Finland in the late Iron Age.  If you are new to the game you may also find interesting that we have not only coded the game but also lived it to quite extent with experimenting, re-enacting and following the lifestyle of our ancestors.  Just get in there, and you'll see.

Well, that's the game. And this is us.

From the left: Sami (creator) and Erkka (co-designer) of UnReal World

We've had many distribution channels over the decades and now launching on indie host like itch.io feels like coming home.
Warm regards to all of you. We're excited about this journey.
More of everything, adjusting our itch.io page, adding downloadables upon need etc. will follow.
More info, forums, wiki etc. can be found at UnReal World homepage.

Into the Far north we shall take you -- and it starts right here ...